Renowned architect Thom Mayne, whose award-winning projects span the globe, knows a thing or two about the concept of “impossible.” To him, it’s a state of mind that simply doesn’t exist.

Last Thursday, the Pritzker Prize winner addressed a crowd of 150 young architects, designers and students in LA’s downtown Arts District during the last of the Architecture and Design (A+D) Museum’s summer lecture series. Listeners sat outdoors before a street art-adorned wall and the eye-catching Mars Pavilion, featuring a half-dome-like structure of connected brightly lit industrial robot arms. Seated before the crowd, the Los Angeles-based AIA Gold Medalist and founder of Morphosis discussed his early perception of design in LA. He detailed the challenges he encountered at the start of his career and why he saw the need to add a more conceptual, thoughtful design approach to LA architecture at a time when the scene was basic, overly structured, and lacking in creativity and sustainability. 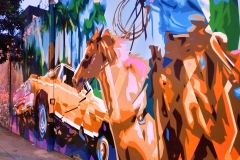 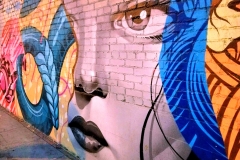 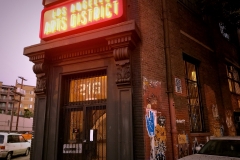 Mayne’s worked on projects like the mammoth-scaled Caltrans District 7 HQ featuring intelligent skin that opens and closes based on heat and light and an outdoor lobby covered in a half-mile of neon tubes, evoking highway headlights. He’s currently working on the widely publicized Roosevelt Island campus for Cornell NYC Tech, the wind-powered Phare Tower in Paris, the Bill and Melinda Gates Hall at Cornell in Ithaca and more.

To understand the significance of Mayne’s accomplishments, he took his audience back to the beginning — to the LA of the seventies and eighties which he experienced after graduating from USC. Mayne noted that, at the time, many LA architects took a status quo approach to design that led not to innovation, but rather to repetition. He joked that if architects abroad built the way they were doing in LA, with a cityscape of similar-looking, functional buildings separated by freeways and lacking in complexity of design, they would have been laughed at. Architects there weren’t thinking about big-picture ideas, he says, like incorporating surrounding landscapes into a structure’s design, or considering sustainability, or carefully investing in materials.

In this era, LA struck Mayne as being a city that was insecure from a design perspective, which is, in his opinion, why non-locals were the ones who made influential differences on the scene as outsider movers and shakers. Mayne also noted the challenges of primitive construction and zoning limitations that slowed building. Today, architect Edwin Chan (EC3) says this issue in LA persists and can hinder creative architecture. 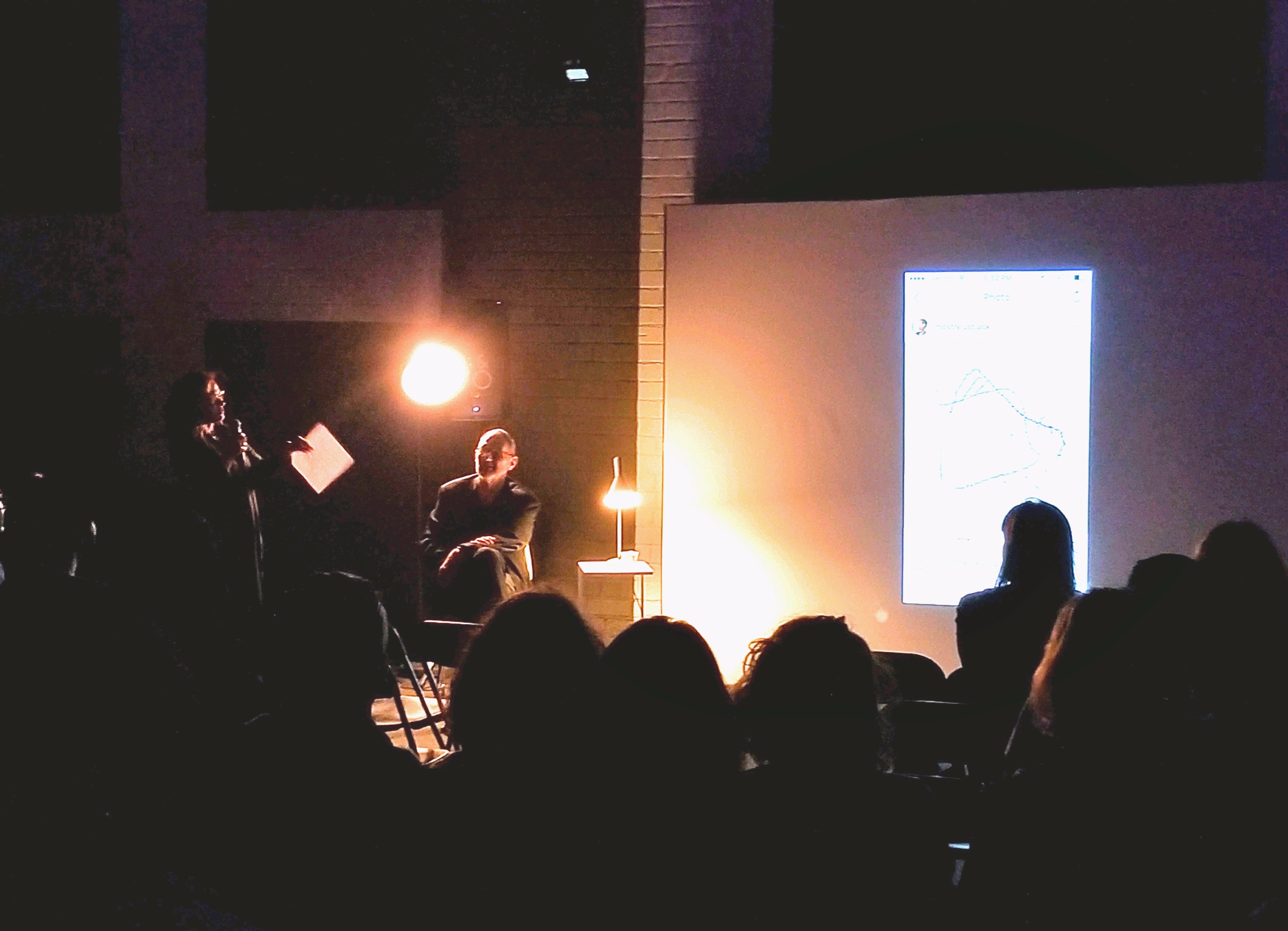 "Impossible is not a fact. It's an opinion," architect Thom Mayne told the crowd, quoting Muhammad Ali.

In 1972, Mayne joined a group of teachers and students to help found the Southern California Institute of Architecture (SCI-Arc), an independent, non-profit school of architecture that sought to be a “college without walls” educating globally minded citizens. Around the same time, Mayne and his fellow co-founders formally birthed Morphosis, a tradition-breaking firm with a collective design approach. Mayne worked predominantly on residential projects, but after Morphosis’ first attention-grabbing project, a school in Pasadena, he says people started to look at design in a different way. His goal – to celebrate a more experimental style – was later exhibited by MoMA at a “Deconstructivist Architecture” show. Mayne noted that his work abroad sparked more local fascination with his highly conceptual ideas. (In the intervening time, he had also managed to earn a Master of Architecture from Harvard.)

Mayne remembered initially having a difficult time explaining his designs conceptually. While he didn’t exactly know how to verbalize what he was doing, he said the energy around it was undeniable. As Mayne told the crowd, “Work begets work. Conceptual thinking begets conceptual thinking.” Finally, a wave of appreciation arrived from a national and international audience, and excitement from fellow architects further validated Morphosis’ work. Mayne says about 80% of his referrals for projects come from other architects. As his career blossomed, Mayne points out his growing interest in the notion of architecture as a landscape and the idea that projects exist within the space of architecture and urban planning. He’s constantly lured by the challenge of projects outside the realm of “typical” design.

Right now, he’s hard at work improving LA’s sustainability in the face of climate change. By 2050, LA County is expected to grow by 1.5 million people while natural resources are limited and the cost of living climbs. “There is no easy answer,” Mayne writes in an op-ed piece for the LA Times. As executive director of the Now Institute at UCLA, where he’s a professor, Mayne and his studio are proposing adding one million people to the Wilshire Boulevard corridor. Their plan calls for settling the remaining 500,000 in transit-centric areas with additional housing, rather than eating up the undeveloped areas of the county through expansion. If the area’s Purple Line light rail were extended to Santa Monica, it would provide easy access for commuters and open up the chance to add affordable and mid-level housing to combat soaring prices. And with all that, the corridor’s density would still be less than that of Manhattan, writes Mayne. He believes in identifying such creative, design-based solutions, rather than cookie-cutter treatments.

In other comments, Mayne highlighted the importance of young architects, saying they need to respond to shifting social, cultural, political and technological conditions. Mayne walks this talk through active teaching engagements and a penchant for mentoring across different platforms.

Mayne’s reading of the quote, which illustrates his own practice as much as his attitude, provided the event’s most poignant moment. Soon after, USC-educated architect Alvin Huang of Synthesis Design + Architecture celebrated the moment on social media, calling Mayne the “Godfather of LA architecture” and including the hashtag #ImpossibleIsNothing.

Mayne’s work can also be seen at the University of Toronto Graduate House, the University of Cincinnati Rec Center, the iconic New Academic Building at Cooper Union, public housing complexes in Madrid, the Perot Museum of Nature & Science, and the NOAA operations center, to name a few.

#Live outside @AplusD_LA w @PritzkerPrize winner #thommayne who challenges how we think of the ecosystem of #structure building +environment pic.twitter.com/WXYjdpG043

Follow @FluentinDesign for live coverage of events in architecture, design and arts.