1-on-1 with Jamey Lundblad, CMO of Chicago’s Dept. of Cultural Affairs & Special Events

During the four-month run of the Chicago Architecture Biennial, the Chicago Cultural Center has housed the main exhibition, with architectural models, sketches, and historic photographs. Beneath the Center’s iconic Tiffany & Co. mosaic glass dome, the building has featured a robust lineup of gatherings, discussions, and installations centered on architecture and design.

While in Chicago, we caught up with Jamey Lundblad, chief marketing officer of Chicago’s Department of Cultural Affairs and Special Events, who played a key role in organizing and hosting the Biennial. Lundblad explains that the core of the event fits with the organization’s cultural mission: “This building, when it’s not filled with cool Biennial architecture and design exhibits, is a center for free arts and culture for the people of Chicago and visitors,” he says. “So, we think it’s terrific that this event is free to the public, and it’s not an isolated industry-only or academics-only event… The Cultural Center year-round brings visual arts and design, theater and dance, architecture and history tours, films and family programs.” 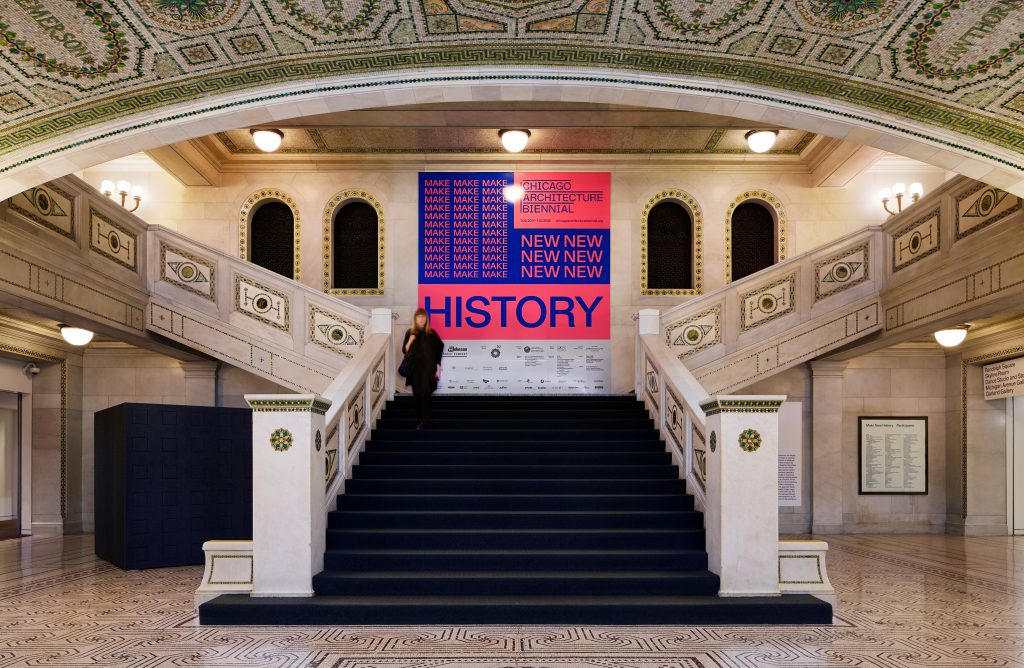 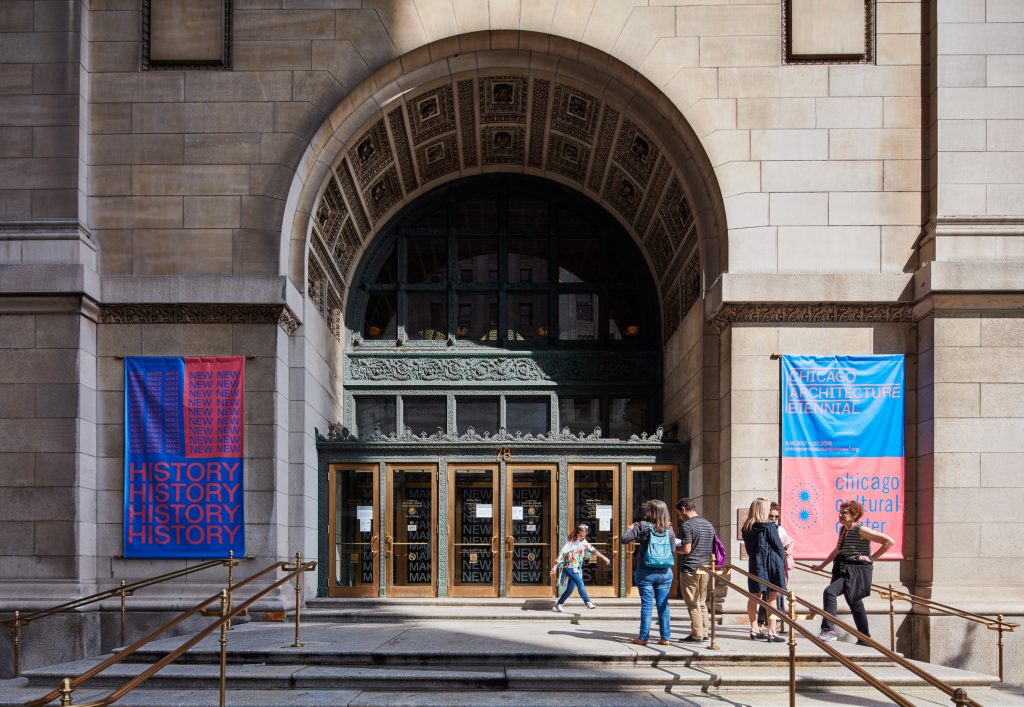 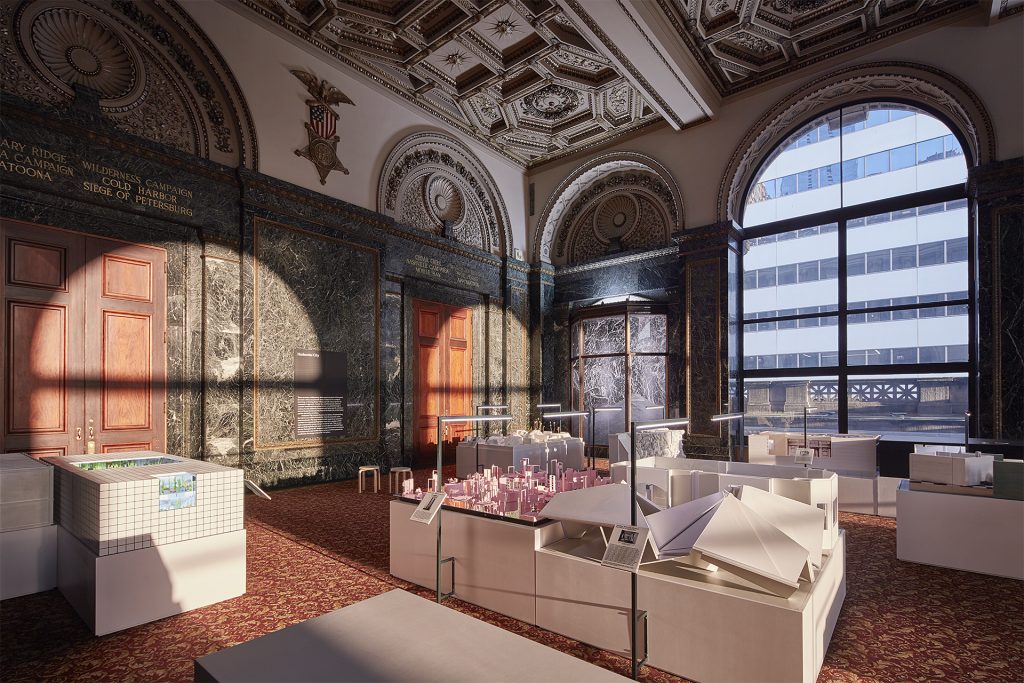 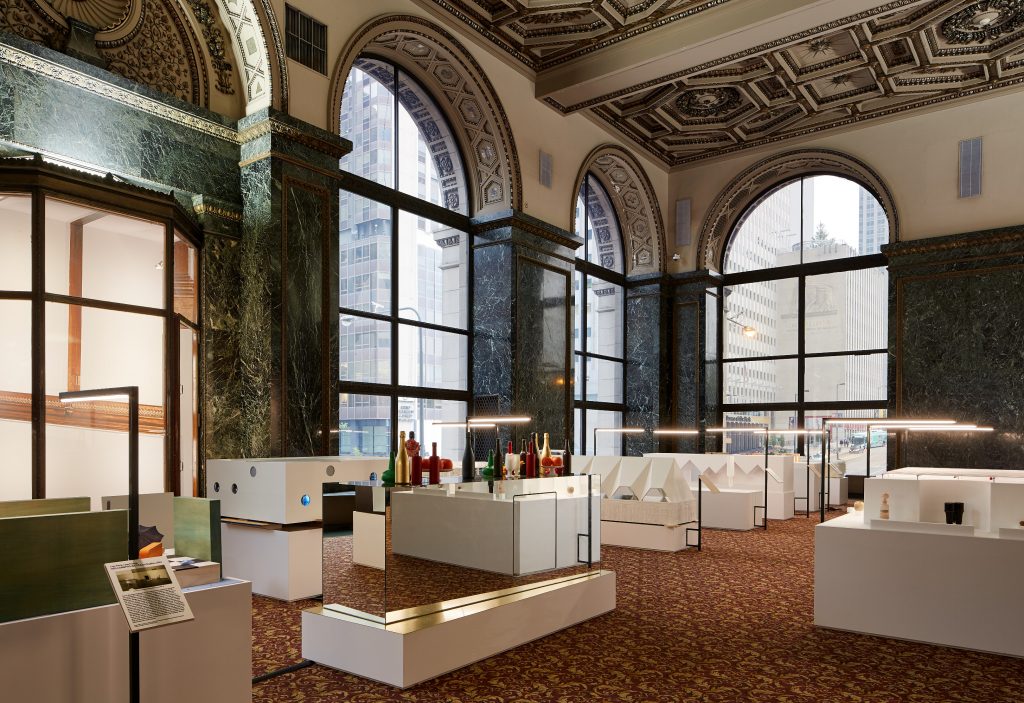 He adds that many visitors “just happen into this building across from Millennial Park… That will be the case for the Biennial as well – there will be lots of people who just sort of happen into the building and are confronted with these architecture and design ideas in every nook and cranny… Spaces that aren’t normally used for exhibitions are filled with installations, like corridors that used to just be pass-throughs, the landing of stairways or the fourth-floor lobbies on both sides of the building,” he says, “Those don’t normally have things in them, but now every single corner is alive with something.” 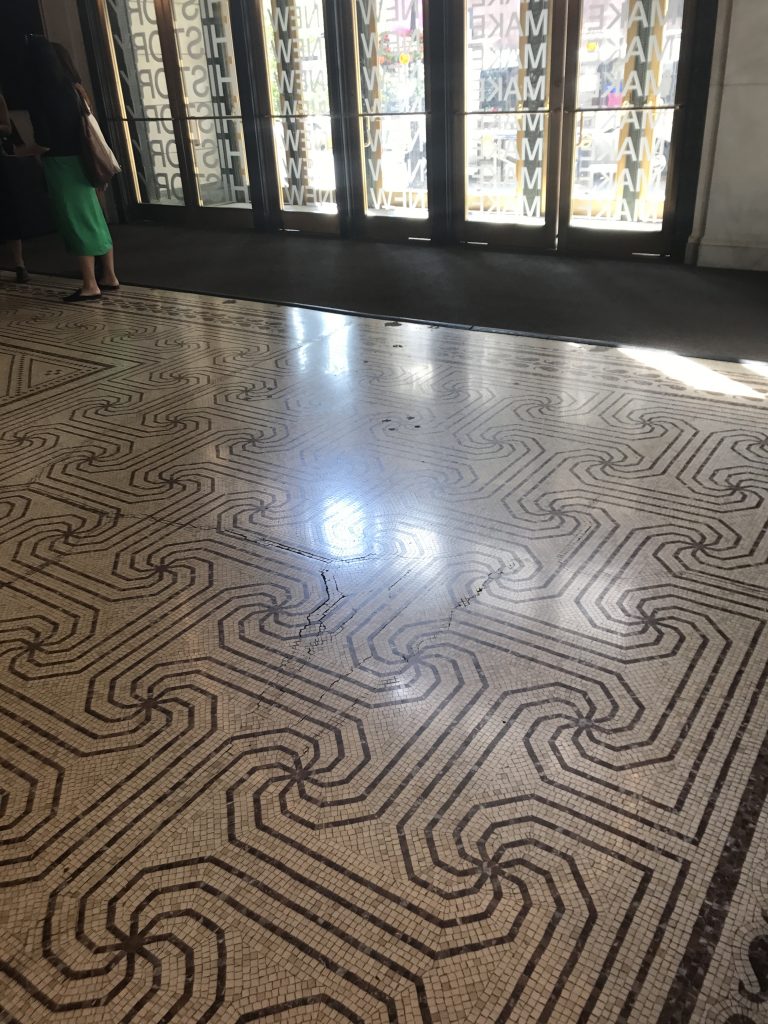 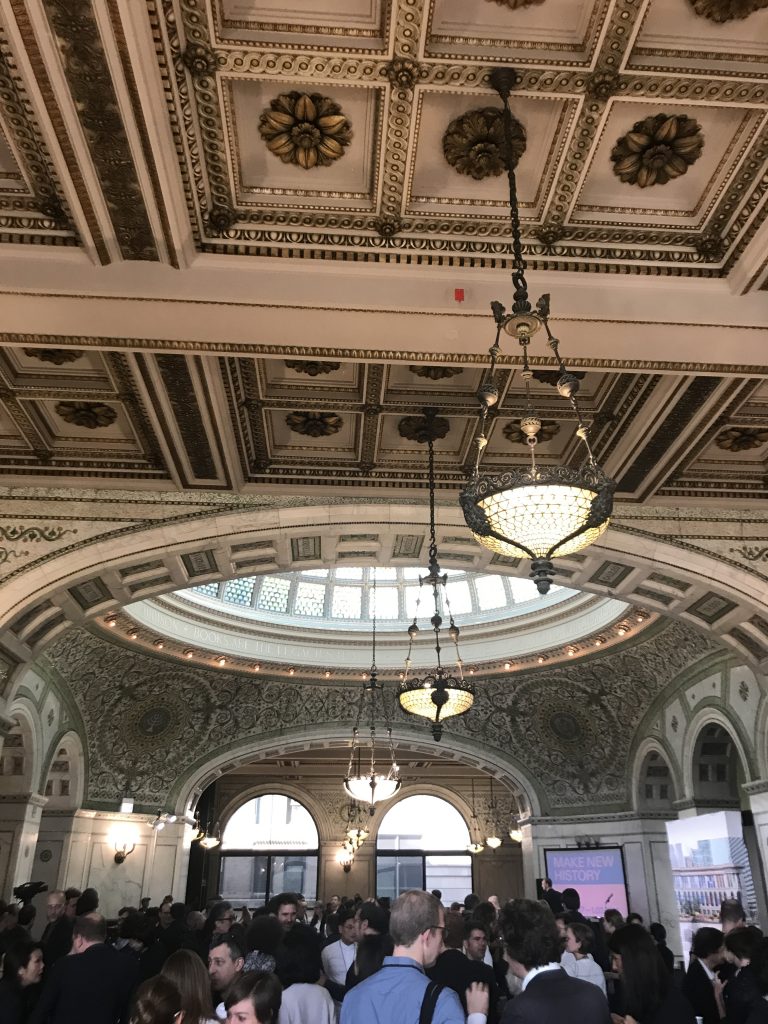 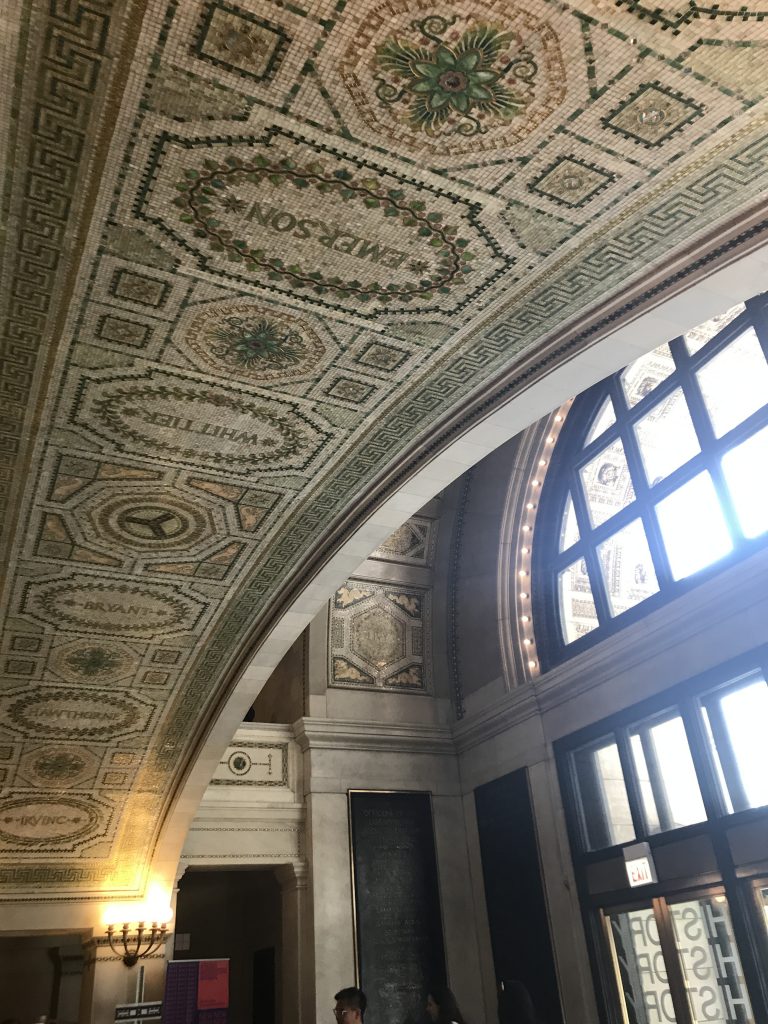 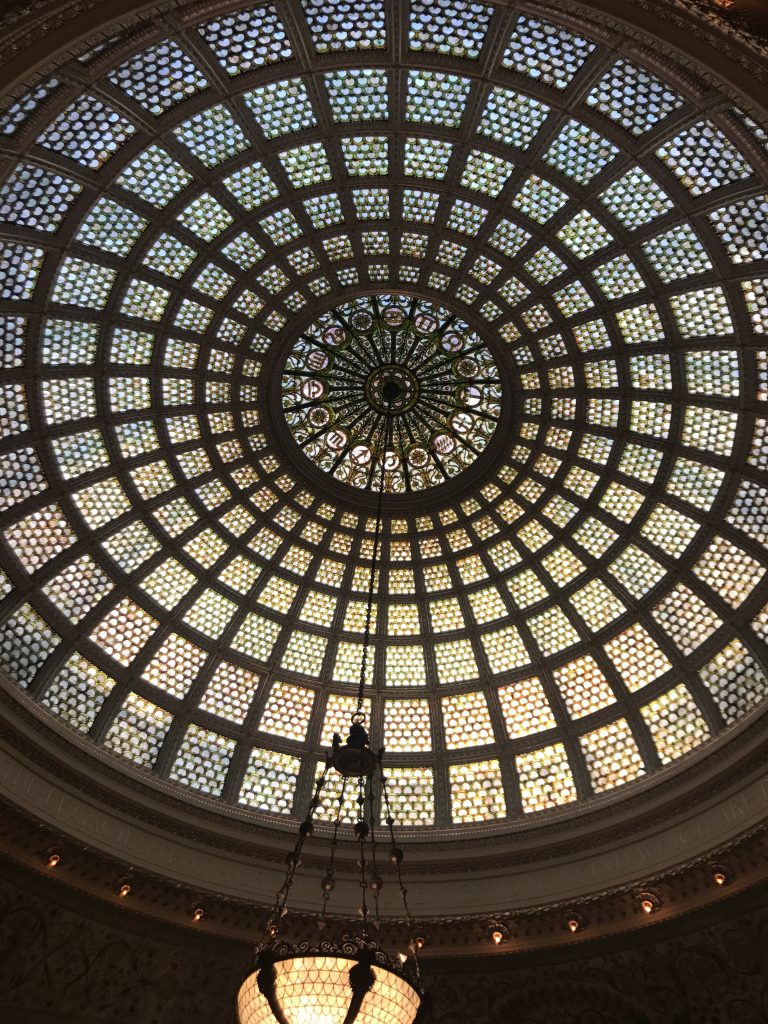 Even when the Biennial is not on, Lundblad enjoys working in a historically significant building. Finished originally as a library in 1897, the Chicago Cultural Center “was not built to sort of just serve a function of a repository of books – it was really built to impress.” He says his favorite “architectural moment” is the “world’s largest Tiffany stained glass dome,” which was restored about 10 years ago: “The mosaic is all hand-laid by mostly a team of women in the late 1800s,” says Lundblad. “It’s something that just would never happen today: it would be too cost prohibitive and it would take too long.” The open space beneath the dome framed the Biennial’s theme “Make New History” under the guidance of artistic directors Sharon Johnston and Mark Lee. While the Biennial’s opening week attracted the media and architecture and design aficionados, the Cultural Center’s exhibits draw non-industry passersby too. In general, Lundblad finds that architecture in Chicago is “very accessible and very democratic. It’s like a citywide museum of architecture. It’s around us all the time.” 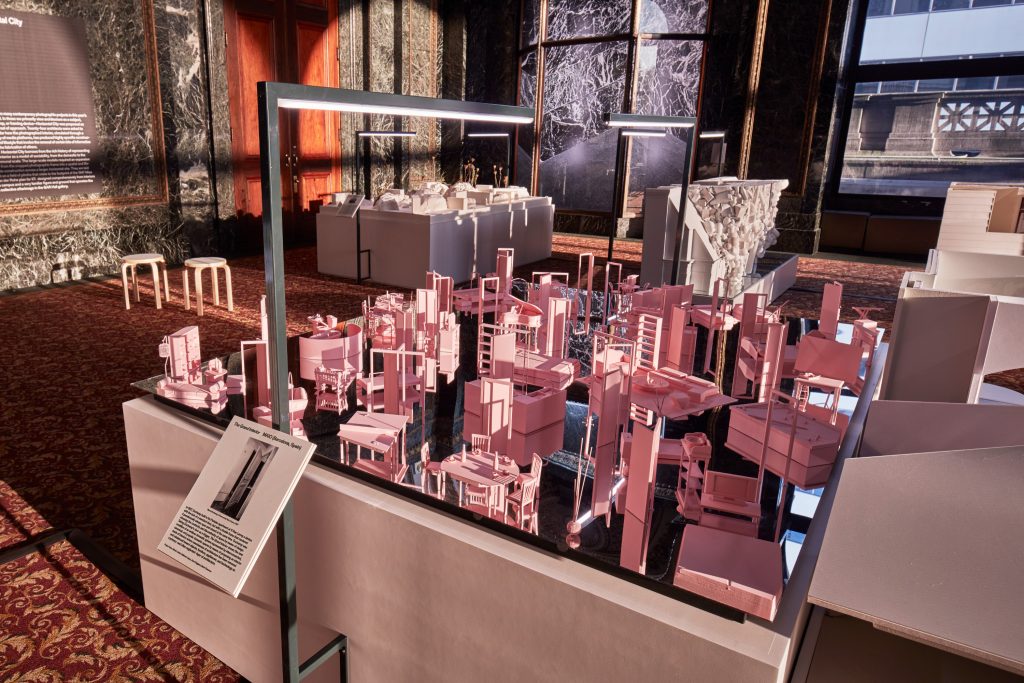 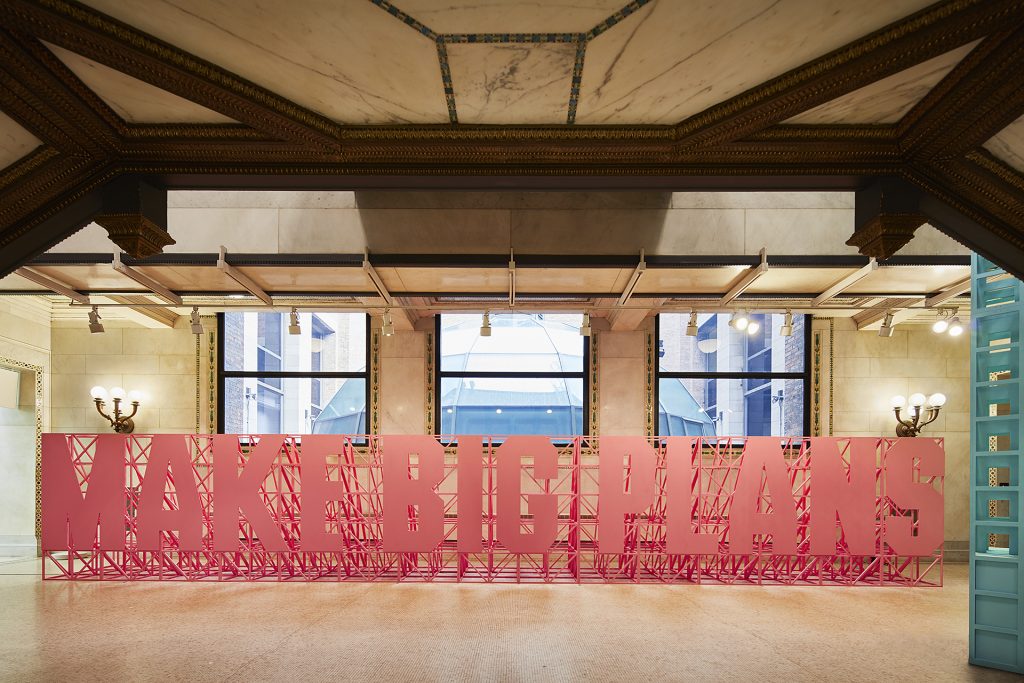 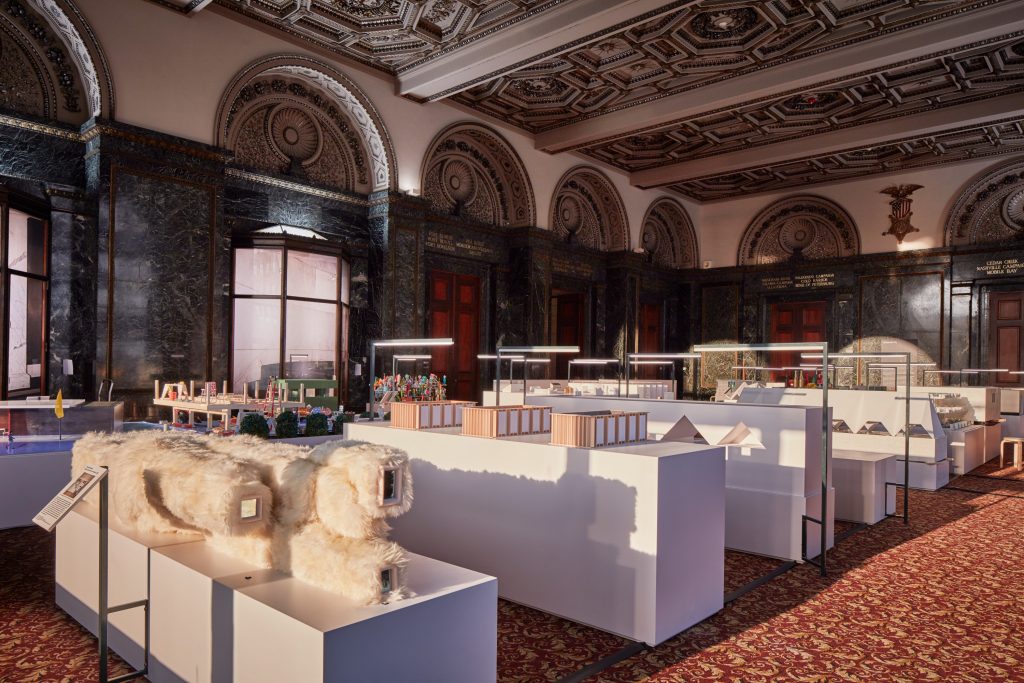 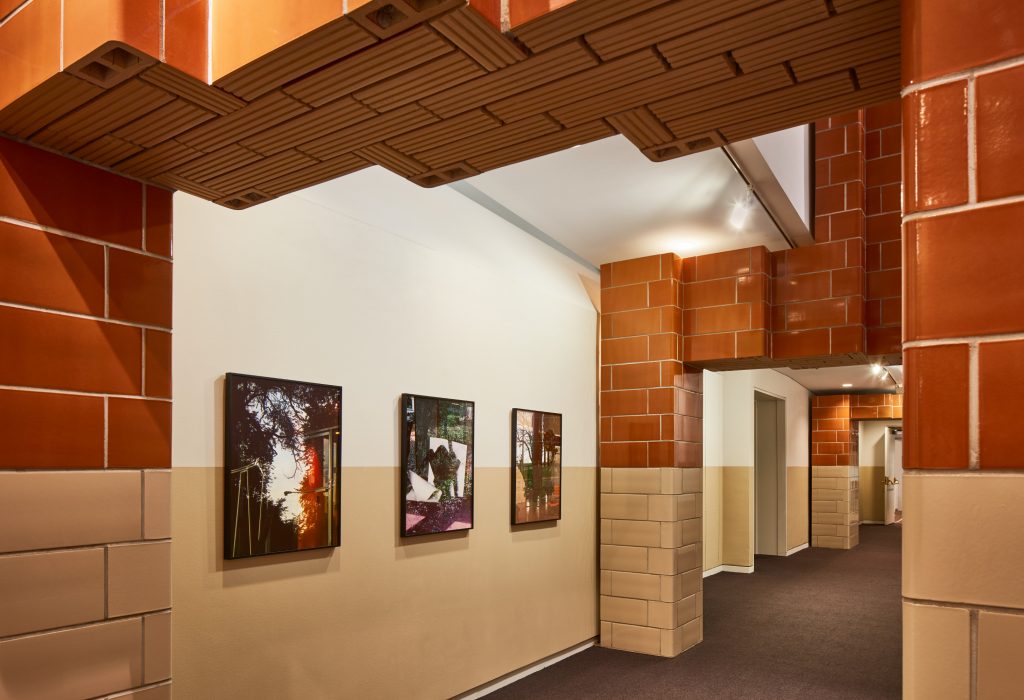 Besides the Cultural Center, one of Lundblad’s favorite iconic Chicago structures is Aqua Tower, an 82-story, mixed-use downtown skyscraper by Jeanne Gang of Studio Gang Architects. Its exterior features a wave pattern made of its balconies, which he says is the tallest building built by a female architect in the world. Lundblad adds, “…This one is beautiful. Chicago is known for that really rigid, Mies van der Rohe-style of the metal grid like the box, and she breaks out of that because it’s very wavy and organic.”

While the Department of Cultural Affairs and Special Events operates out of the Cultural Center, its programming spans from free concerts in Millennium Park to festivals in Graham Park to farmer’s markets around the city – “we’re an arts presenter but we’re also just fierce advocates for Chicago’s arts and culture scene,” says Lundblad. Likewise, he says that since DCASE has been the presenting partner of the Biennial both the inaugural year and this year, the team aims to generate excitement for the festival at the Center and its satellite locations.

As the media and architecture community enthusiastically embraced the second iteration of the Biennial, curious locals and international visitors alike have steadily continued to pass through the doors of the Cultural Center to experience the wonder of the festival firsthand.

The Chicago Architecture Biennial is free and open to the public through January 7, 2018.