Katherine Mills contributed to this article.

Design in Detroit & LA is dramatically different, but the cities share alchemy

The recent LA Design Festival, which attracted designers and makers in the graffiti enclave of downtown LA’s Arts District, featured a panel discussing the shared themes and dramatic differences between LA and Detroit. Titled “LAX><DET,” the event grew out of collaborations among the LA Design Festival, the Detroit Design Festival and the Los Angeles Forum for Architecture and Urban Design. Exploring connections between LA and Detroit through a design lens, the panel featured LA architect Edwin Chan (EC3); the host of the podcast “Innovation Crush,” Chris Denson; Irish architect Lorcan O’Herlihy, who is the founding principal of the LA-based LOHA; creative consultant and digital strategist of Creative Whatever, Eileen Lee, who’s lived and worked in both cities; and sneaker designer Jason Mayden, CEO and co-founder of Superheroic.


The panelists probed the distinction between need-based construction in Detroit versus want-based design projects in Los Angeles, and the implications each of these have on the design and execution of development in existing neighborhoods. The group also discussed how public perceptions of and interactions with architecture in LA and Detroit vary drastically based on residents’ needs and lifestyles, and interpretations of gentrification and restoration.


Architect Edwin Chan offered a compelling example of the alchemy and dichotomy of the two cities. While Chan considers himself a true LA architect, he is completing an experimental housing alternative, a village of Quonset corrugated steel huts on an empty lot in Detroit. Chan explained that this project helped him understand that the most important approach in Detroit is to restore and renovate, rather than demolish and develop. Trust and respect are critical factors, he said, and architects must think about what’s “just right” for the community.


Architects should first understand the needs of the people and then become the translators of this message, agreed Jason Mayden, adding that the concept of “If you build it, they will come,” doesn’t apply in a city formerly known as the world’s automotive center. A much more important question is, what are the real human needs of the population that lives there today?


The panelists also noted that the differing socioeconomic situations of each city have significant effects. In LA, higher costs, slow approvals and cumbersome building processes hinder the ability of architects and developers to create solutions that respond to changing conditions. In Detroit, development is more agile by comparison. This difference is due in part to the volume of people moving back to the area after the city’s near-constant decline over the past six decades; the city’s population was 1.5 million in 1950. It is only 700,000 today. To set the scene, at the height of the economic downturn in 2010, Mayden remembered that there were literally deer walking through downtown.


Today, Detroit continues to bounce back from 2013, when it hit bottom and declared bankruptcy. Eileen Lee pointed out that culturally, Detroiters have shown an unprecedented commitment to restore the city, with affordable real estate attracting younger residents who want to start families. By contrast, Lee noted that owning property in Los Angeles remains unattainable for many.

Breakfast in bed while reading @marnaud’s “Detroit: The Dream is Now” and listening to @derrickmay – very much humbled to be at @ladesignfestival representing my hometown + our creative community on the LAX >< DET panel today from 2-4pm @rowdtla. SO MANY FEELINGS YOU GUYS ✨ #ladesignfestival

Lee explained that the goal of the residents, creative entrepreneurs, and businesses working to redevelop Detroit are not centered on restoring its population to former levels, or to envision what the city could become in a more-distant future. Today’s residents are focused rather on the immediate, with groups investing in the realities of what Detroit is today. This activity is seen through community action like urban gardening, beautification efforts by the Motor City Blight Busters, and innovative programs such as Detroit Soup, a platform that lets presenters offer ideas for improvement projects and win money collected from attendees.


Lee added that Detroit does not want to turn itself into a version of LA. Mayden agreed, noting the Motor City has a rich history of music, culture, and manufacturing that needs to be preserved and protected. Rather than injecting brand-new culture and design, Mayden described current efforts as “dusting,” repositioning Detroit for a future that will better serve its residents. A recent fruit of that effort came in 2015 when UNESCO designated Detroit as the first American “City of Design.” The honor recognizes cities that have a design legacy and rely on creativity as a strategic factor to continue to promote sustainable urban development. 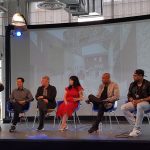 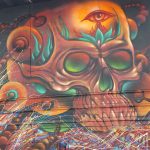 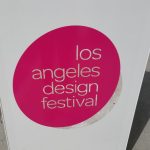 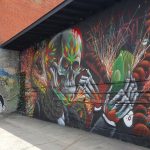 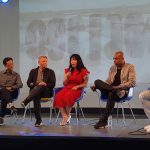 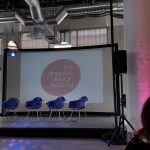 Unlike Detroit, current trends in LA mean that inhabitants who improved, invested in, and transformed some Los Angeles neighborhoods are now being forced out. Los Angeles’ neighborhoods such as Boyle Heights, a historically working-class and Hispanic neighborhood, are facing backlash after a wave of gentrification. Residents question the prospect of a coffee shop or mixed-use space moving into a neighborhood that lacks basics like laundromats and child-care centers. Lorcan O’Herlihy asserted that the latter, more humble newcomers would add more value and better serve real community needs, rather than introducing yet another place to get a latte. O’Herlihy pointed out that infrastructure is another issue limiting development in LA, where current local needs often conflict with development opportunities.


The city also struggles with zoning permits: approvals that can happen in just a year in Detroit can require upwards of five years in LA, O’Herlihy added. Streamlined zoning didn’t happen overnight, however — consider the sheer volume of abandoned warehouses that could have been restored for alternative uses over the years, but were never approved for it. Recent philosophical and practical shifts in local constituencies have encouraged the city and state to become much more open to changing regulations.


While developers may be attracted by LA’s natural beauty and deterred by Detroit’s security issues in certain areas, both cities share a thread of disparity in terms of residents’ access to socioeconomic and education opportunities. There is also a misconception about poverty in cities like LA, Chris Denson noted. Where Detroit may have the image of an impoverished Midwestern city in decline, Los Angeles technically has the highest child poverty rate in the nation. The city’s stratified housing costs create social separations, leading in turn to isolation, Denson believes. Chan, Lee, and O’Herlihy agree that in Detroit, the public school system is limping along after an exodus of teachers, which LA is now experiencing as well. These factors help shape neighborhoods of haves and have-nots in both cities. The flexibility of Detroit’s approach to alternative housing could potentially help address this issue. For example, intergenerational housing, shared interest living situations and co-living concepts are gaining momentum in Detroit, says O’Herlihy. Living situations in which residents rent rooms but share kitchens and bathrooms are significantly more affordable and also combat isolation.


Detroit’s development, Denson says, is now focused on a theme of social connectivity that is being built out quickly. The panel reflected on how, for young designers, the City of Angels in the 1980s was more experimental and free. Today, Detroit is experiencing this movement. Both LA and Detroit share a common history of having dealt with major strife – from fires and natural disasters to riots and racial conflicts. With that background comes an identity of determination and an optimism about future growth. Each of these cities has a rhythm, says Mayden, which you must follow, or run the risk of not surviving.