Extending a resurgence of urban living, Salt Lake City opened a new branch library in its historic Marmalade District that features an attractive array of NBK terracotta baguettes across its façade. Designed by Blalock and Partners, “the exteriors of the building are textural and utilize a shadow play,” according to Kevin Blalock. The architects continued this design approach into the interiors, which include social gathering areas and a café, placing an intriguing decorative feature by 3form as the café ceiling.

The finished structure earned Best Project recognition in the small-project category from ENR, which noted that the NBK terracotta baguettes “serve as a sunscreen over a curtain-wall system on the west façade,” during the day, while helping create “a lantern-like glow in the evenings.” Overall, they cited the structure’s intriguing blend of materials, including weathered steel, cement, and zinc, and a “dynamic texture at the front of the building.” The building earned LEED Silver status from the USGBC for its daylighting techniques and energy-efficient LED lights and lighting controls, among other features. 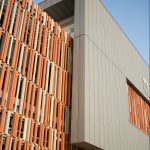 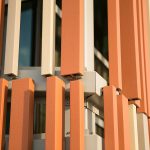 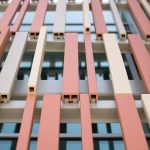 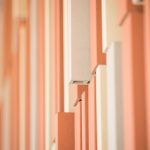 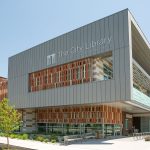 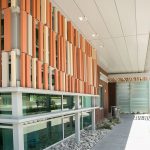 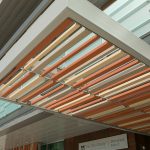 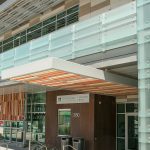 The library features an intriguing blend of materials like weathered steel, cement, zinc and terracotta

The look of Marmalade Library complements the eclectic architecture of the Marmalade District, which has a mix of “Italianate, Carpenter Gothic, and Russian-influenced architecture,” according to Mental Floss, and got its name from the fruit orchards planted there in the early 1900s. The library continues a revival of the neighborhood once deemed “sketchy,” and was intended to anchor additional residential and mixed-use development in the historic area.

“The marmalade block is something that has been in the works for many years,” Salt Lake City Councilman Derek Kitchen told local news station KUTV just before the opening. “…It’s really going to bring a lot of really positive energy to a neighborhood that’s been eager for investment.”