Q + A: Installation designers ‘something wonderful out of something ordinary’

In this exclusive interview with Brett H. Schneider and Lizzie Hodges, we “unpack” after the Beaux Arts Ball, the Architectural League of New York’s annual gathering of architects, designers and engineers. Schneider was selected to create this year’s featured installation and asked Lizzie Hodges, his coworker at Guy Nordenson and Associates, to assist him. The final work, “Unpacking,” comprised a raw fabric wave that snaked above the heads of over 1,300 guests inside the cavernous Mast Brothers’ chocolate-making facility at Brooklyn Navy Yard. As the suspended, artful structure played with shadows, it was easy to forget the nearby sacks used to transport the company’s cocoa beans used the same burlap material. The translation of form expressed well the theme of the evening’s festivities: Alchemy. 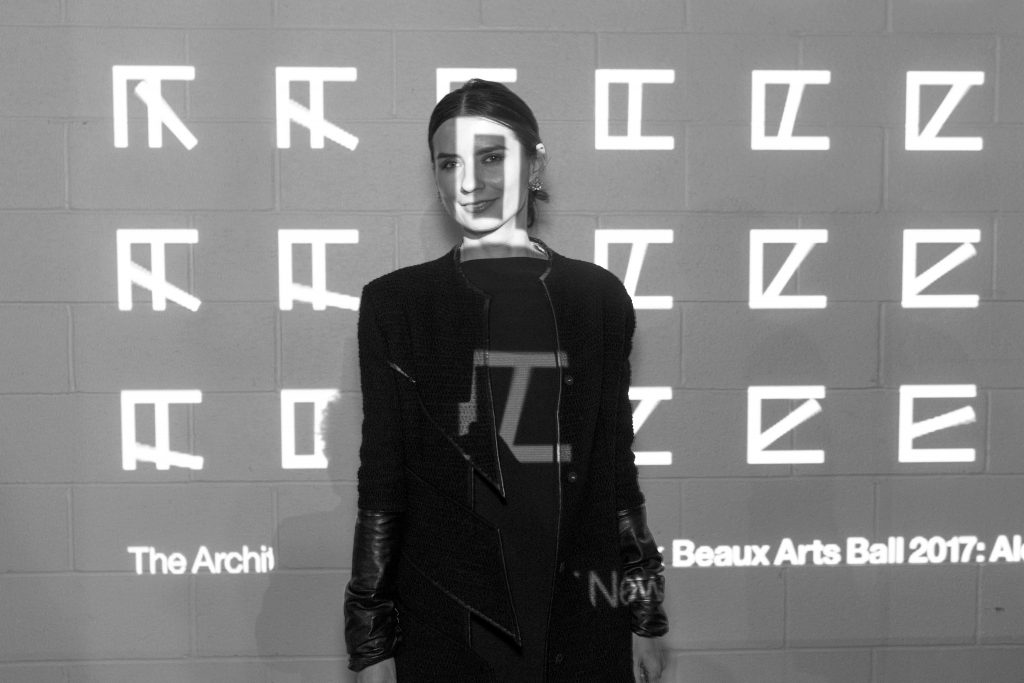 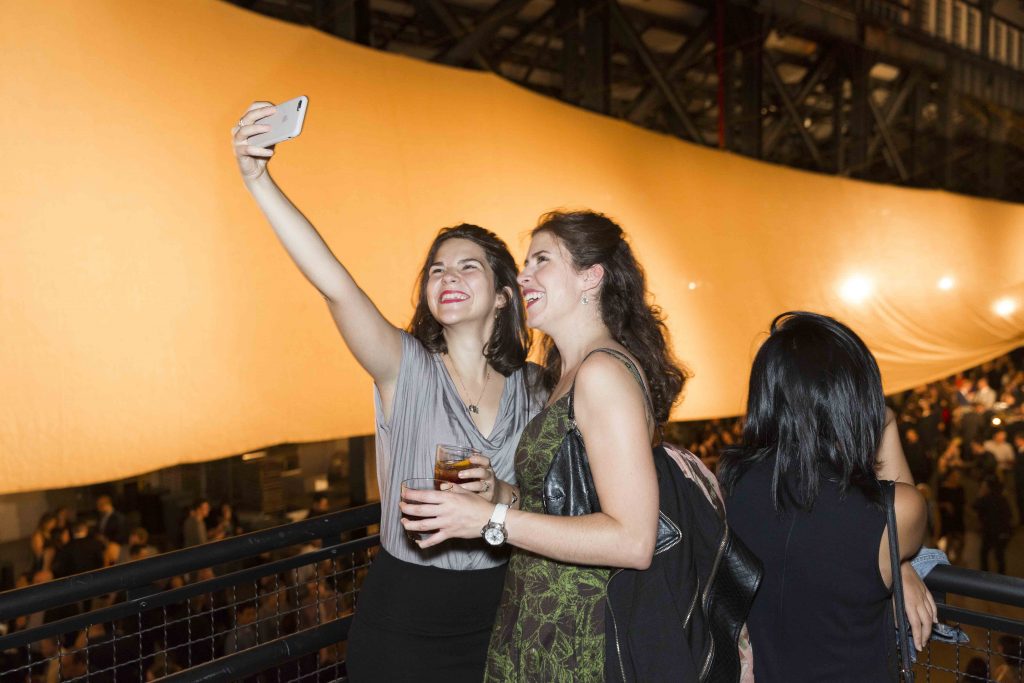 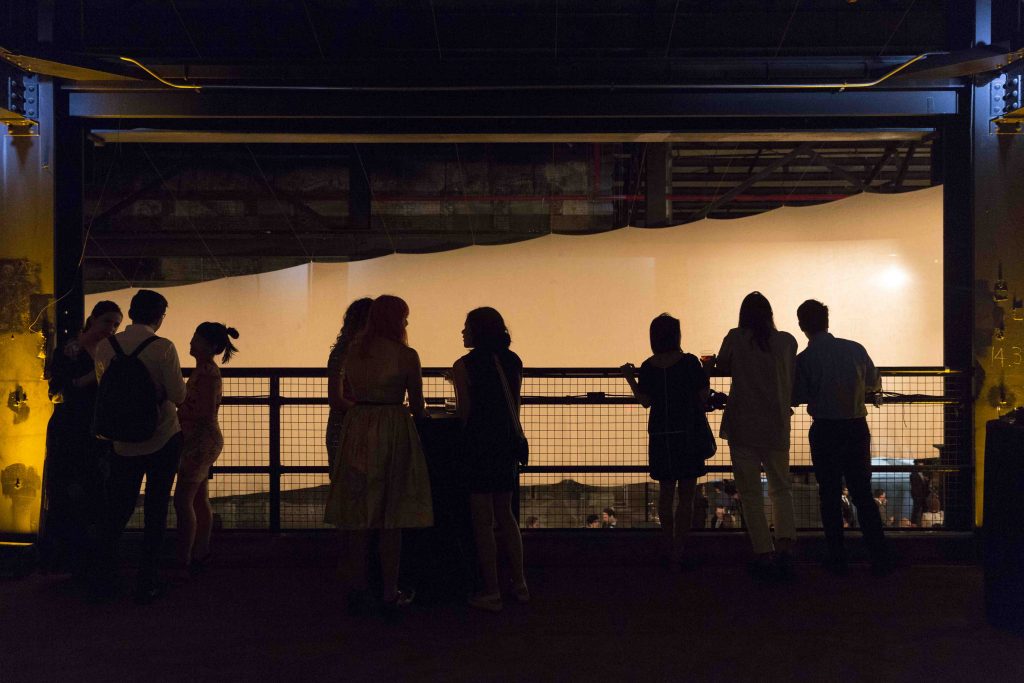 HD Architectural: I loved how “Unpacking” fit the Alchemy theme, and yet, for many guests, was a clever surprise. Can you speak to your decision to lend such a beautiful treatment to such a simple material? Where did the idea come from?

Brett H. Schneider: “We knew that in order to address such a large space that we needed to keep the overall form simple. I had recently done a much smaller installation suspending plastic tarps and initially thought greatly expanding the scale of that application was a good way to start.

After visiting the space, Lizzie suggested that we find a material with more tactility, and eventually suggested burlap, which had the added benefit of being used in the space (cocoa bags). From there, we kept simplifying until the main application was as an undulating curtain suspended in the space transitioning to a flatter treatment at the dinner (that then became canvas to better differentiate it). The remaining moments grew out of those simple beginnings both during the design process and a few during installation.”

Lizzie Hodges: “An early reflection we had on the theme of ‘Alchemy’ was to make something wonderful out of something ordinary. The simple burlap made sense as a material that could reference both the current use of the space as a chocolate factory and its original use as part of the US Navy Shipyard. The natural jute fibers also lent a warmth to the industrial space, which we were interested in for the party setting.” 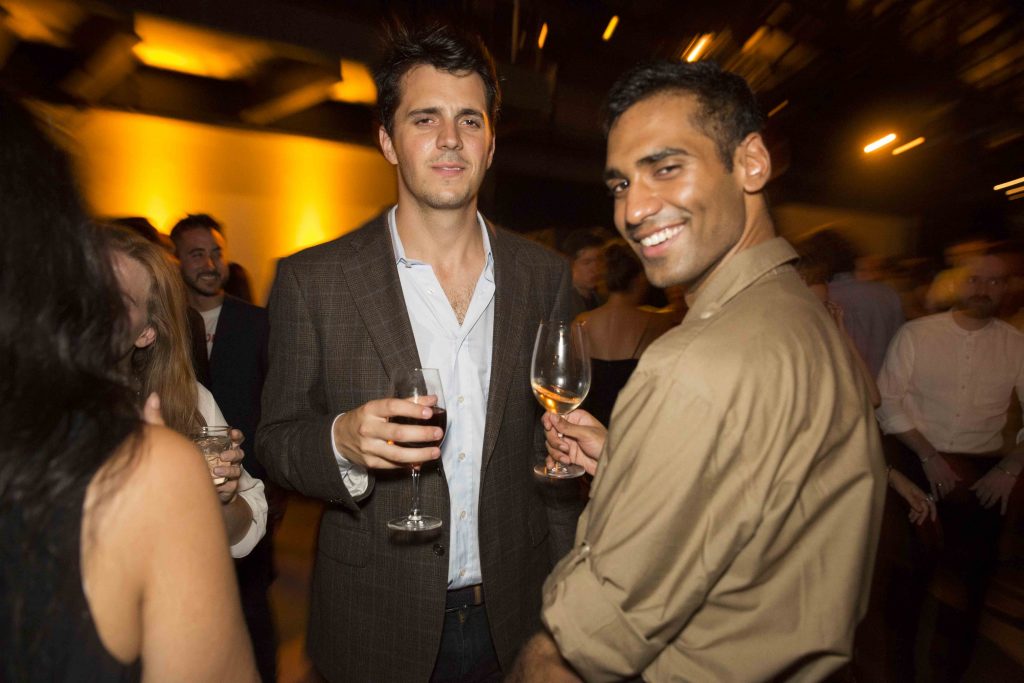 Inside the 65,000-sq.-ft. industrial space, architects, designers and engineers mingled. 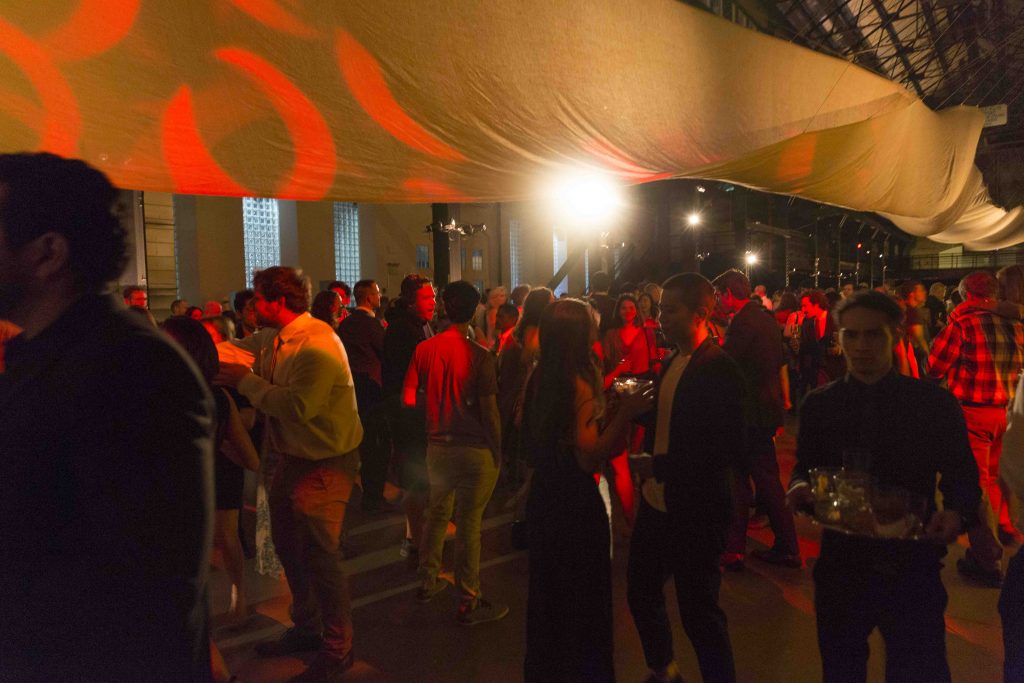 Guests were greeted by a site-specific installation made of raw, loose woven fabric draped from above. 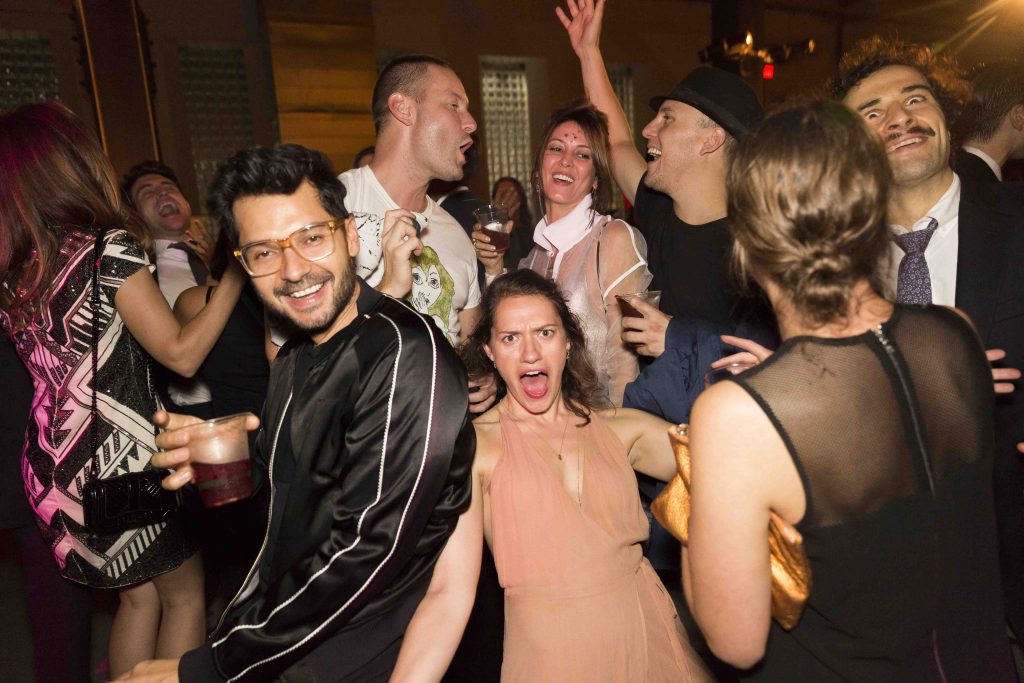 The featured installation, “Unpacking,” was created by Brett H. Schneider and Lizzie Hodges, both of Guy Nordenson and Associates.

HD Architectural: What does it mean to each of you to have been selected to have your installation play a central role at this year’s Beaux Arts Ball?

Brett Schneider: “As an engineer, I am not the typical kind of designer one would expect in a case like this, and so it was personally important to take this on as I would argue that engineers are designers and not just calculators. That said, I also like to work in collaboration, and so I invited my colleague Lizzie to do this project together and also involved some of my students from RISD to further enrich the collaboration. All to the benefit of the project, I think.”

Lizzie Hodges: “Brett and I have worked on the structural design of several buildings together and I was delighted to collaborate with him on an installation, which is a very different context in which to work. There were certain aspects of the installation which were calculated and tested, but when working with fabric at such a large scale, we knew that there were many things that would take an unpredictable form. This was an exciting way to work — one guided by a technique for working with a formless material rather than setting out to realize a set form — and I hope that the architecture community enjoyed experiencing our experiment.”

A post shared by Hunter Douglas Architectural (@fluentindesign) on Oct 3, 2017 at 8:36am PDT

HD Architectural: Why is it important for the NY design community to connect and to support organizations like the League?

Brett Schneider: “The League is important, I think, because it is a very supportive force expanding and pushing the greater design community… through events, lectures, etc.” 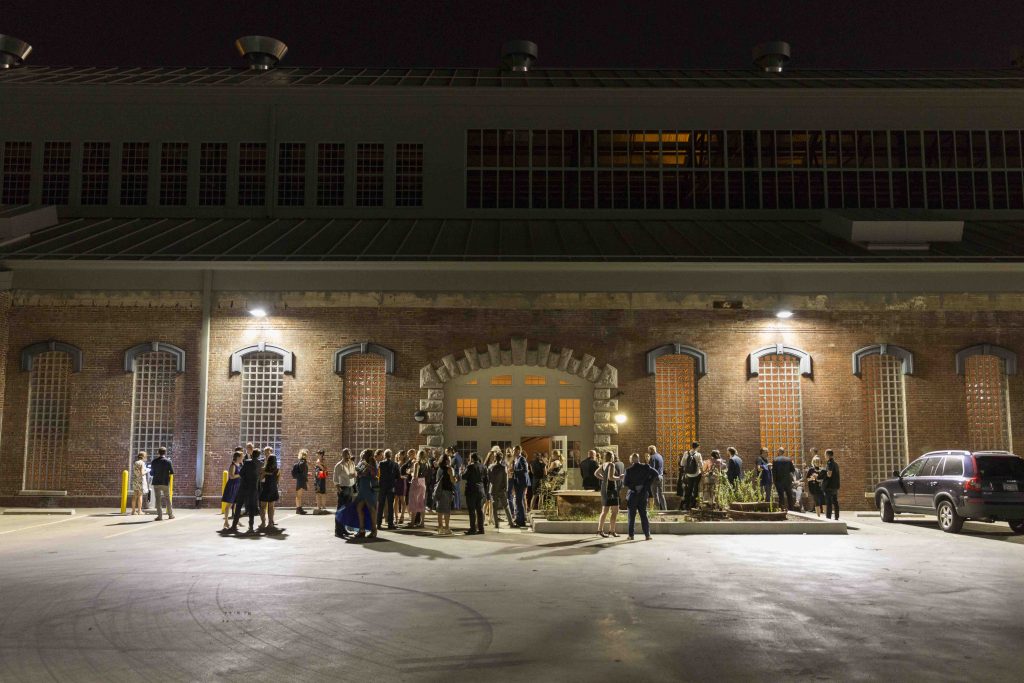 The “party space” is actually a roasting, processing and manufacturing site for Mast Brothers chocolates. 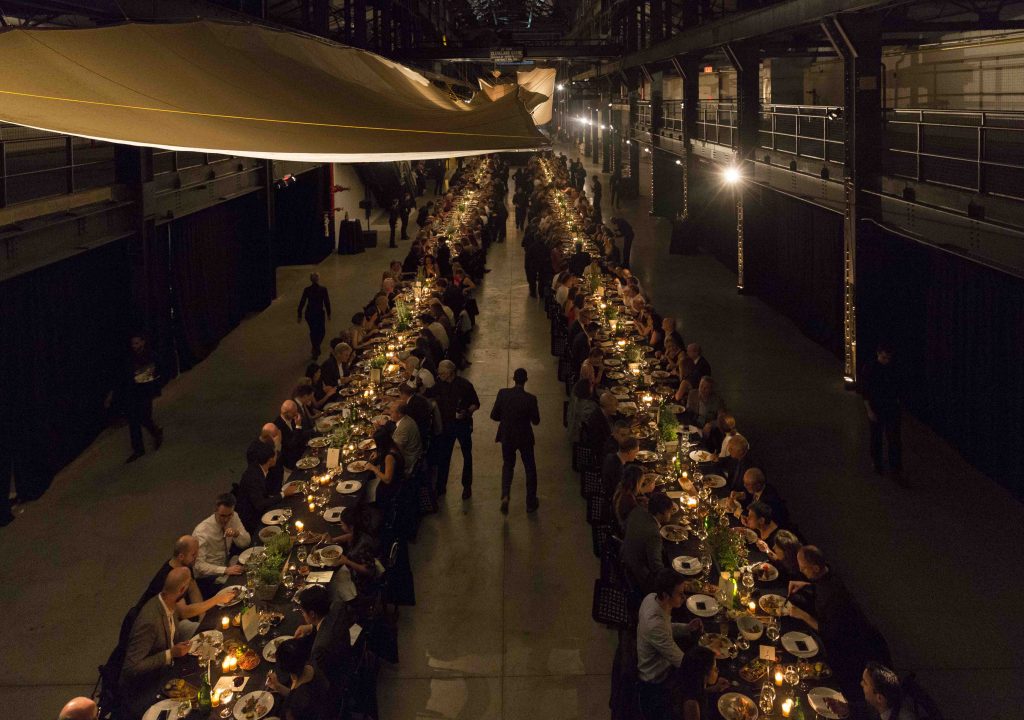 The duo reconsidered the natural fabric from sacks used to transport cocoa beans. 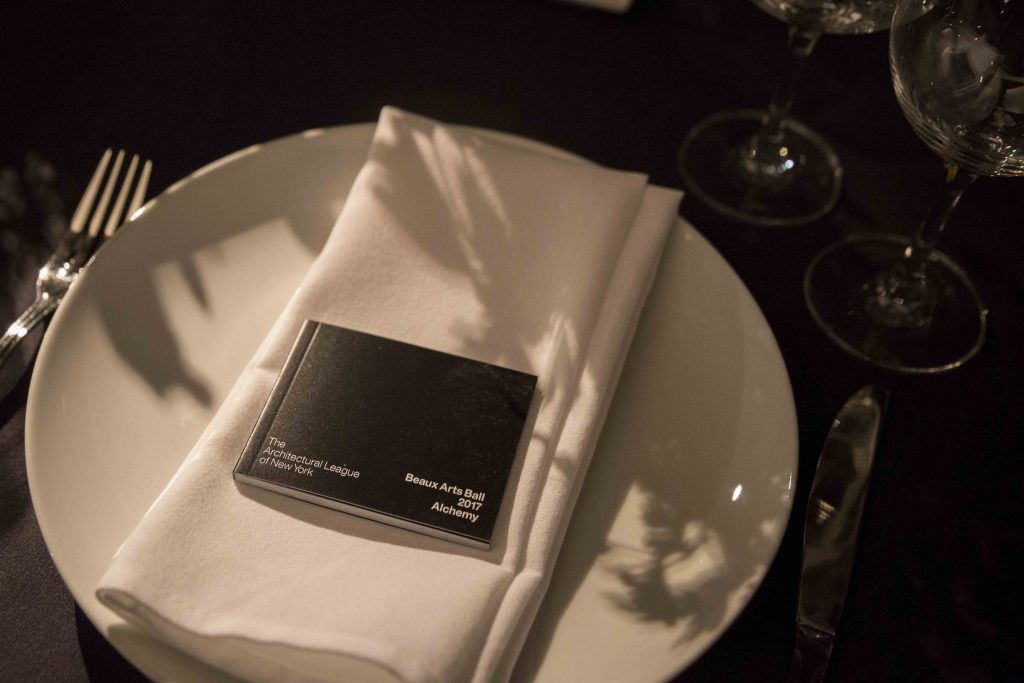 HD Architectural: The elegant treatment of such a humble material made me think of this quote by Ludwig Mies van der Rohe:

“Everything depends on how we use a material, not on the material itself… New materials are not necessarily superior. Each material is only what we make it.”

Brett Schneider: “I’ve been thinking about magic. That is, there is no magic in design. We can’t do anything. However, as designers we can do something with anything.  So the idea of doing something remarkable with something as simple as wide sheets of burlap requires invention… that’s as close to magic as we get.”

For more pictures of the dinner and afterparty, click here. Images courtesy of Leandro Viana.

Nice article on the #BAB17 with our installation… thanks Hunter Douglas. https://t.co/CAyPD2pQ9N